Before the crisis, banks were already risk-averse. Now, the situation is still worse.

To fund a new project is much more complex than 2 years ago, except if you are already rich. 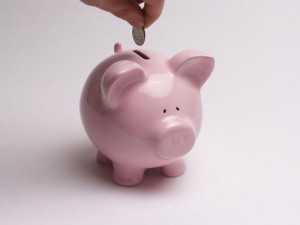 How to fund your projects ?

On the other hand, a lot of people don’t know where to invest their money.   Their confidence in banks is lower. This is more crucial in Belgium where the population saves 20 % of their earning !  Despite this lack of confidence and very low return, people continues to put their money on saving accounts.

The job of a financial intermediary is to connect the individuals who own money and the people who need it.  A bank could do the job.  Put obviously, they prefer to go on simpler market.

Based on this consideration, some entrepreneurs had the idea to connect investors and entrepreneurs using the power of internet and web 2.0.  This mechanism is called crowdfunding.

Some people or project are already famous : Grégoire (French singer) produced by Mymajorcompany,  the Belgian Company AkaMusic is presently crowdfunding the next belgian participant to Eurovision contest, Grameen Bank for Microcredit in Bangladesh,whom founder Muhammad Yunus was awarded by a Nobel Prize in 2006.

There are several initiatives to launch crowdfunding platforms for entrepreneurs.  Here are a few examples: wiseed(FR), cofundit (Switzerland), seedups (UK).

The downside of crowdfunding is the possibility of getting ensnared in various securities laws since soliciting investment from general public is subject to an agreement with the appropriate securities regulatory authority (CBFA in Belgium).

Finally, crowdfunding is not yet a mature business.  This doesn’t means that there is no market for it.  Some big players are entering the market: ABN-AMRO with its platform Seeds (article in Dutch).

If you are interested in startup’s crowdfunding in Belgium, I can introduce you to young entrepreneurs who have a project in the pipe.